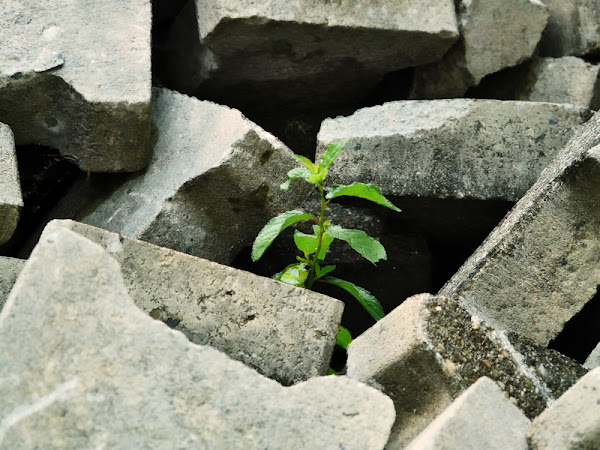 He shall not judge by what his eyes see, or decide by what his ears hear; 4 but with righteousness he shall judge the poor, and decide with equity for the meek of the earth; he shall strike the earth with the rod of his mouth, and with the breath of his lips he shall kill the wicked. 5 Righteousness shall be the belt around his waist, and faithfulness the belt around his loins.

6 The wolf shall live with the lamb, the leopard shall lie down with the kid, the calf and the lion and the fatling together, and a little child shall lead them. 7 The cow and the bear shall graze, their young shall lie down together; and the lion shall eat straw like the ox.

8 The nursing child shall play over the hole of the asp, and the weaned child shall put its hand on the adder's den. 9 They will not hurt or destroy on all my holy mountain; for the earth will be full of the knowledge of the Lord as the waters cover the sea. 10 On that day the root of Jesse shall stand as a signal to the peoples; the nations shall inquire of him, and his dwelling shall be glorious.

Last Sunday on the first Sunday of Advent, linear time and the scriptures opened to the world a new Year of Grace.

Jesus of Nazareth first arrived in Roman occupied territory after 700 years of enemies—Assyria, Babylon, Persia, Greece, Syria, Rome. Advent imagery and reality subverts our current status quo of enemies, violence, injustice, hatred, hunger, and fear. As days grow shorter, nights longer in the northern hemisphere, advent music is one of the highlights of the season.

There's a strong advent emphasis on turning around into the direction of God's gracious leading—the gospel reading on this second advent Sunday traditionally is Jesus' cousin John the Baptist telling everyone the time for God's arrival is now, and therefore now is the time to repent. However, as important as repentance is year-round, hope has become an even greater advent accent, with blue paraments, vestments, and sanctuary appointments. We must repent, we must obey, but what a gift first to hear it won't always be like this, we will know the fullness of shalom, and it will come about by God's action, intervention, and presence. But hope can't bear fruit if humans don't repent and change their ways, right?

During this lectionary year A, all of the first readings during Advent are from Isaiah of Jerusalem; today we'll look at Isaiah 11:1-9. Notice how in this passage creation is central with earth sprouting new growth, animals behaving in uncharacteristic ways. The entire witness of scripture consistently interlinks natural, political, economic, and social endeavors in the fractured world of the first creation, in the transformed world of the new creation.

Chapter 11 of Isaiah comes right after… chapter 10, that tells about a clearcut forest, so we start out today with a shoot (branch, scepter, rod) growing from a tree stump. Commentaries aren't sure what historical event lies behind the "stump" image, but it works well when we look at Israel's and Judah's history, other world history, and when we consider our own lives.

Although eventually we need to contextualize it for our place and time, when we read scripture we first ask about the original setting. Isaiah of Jerusalem (sometimes referred to as First Isaiah, who wrote most of chapters 1 through 39) experienced what has been called the first holocaust of the Jews: five times during the 40 years between 740 and 700 BCE the Assyrian army invaded Israelite territory. But notice how this entire reading proclaims, announces, promises grace, newness, healing, gospel, the reign of heaven so extensive God's presence fills everywhere!

Today's first reading brings us a vision sometimes called the Peaceable Kingdom [11:6-7]. American artist Edward Hicks created at least 50 Peaceable Kingdom paintings. Three Sundays ago, our scripture for Pentecost 23 was from Isaiah 65 that's substantially from the post-exilic restoration in Jerusalem and promises the same reality. I illustrated that week's blog with one of Hicks' Peaceable Kingdoms.

Jesse was the father of King David. Since the birth of Jesus of Nazareth, the church has claimed some of the book of Isaiah and words of other Hebrew Bible prophets as Messianic, meaning they can be interpreted in a Christological manner. "Jesse" in Isaiah 11:1 refers to King David's father Jesse; in the genealogy that opens his gospel, Matthew lists Jesse and David as ancestors of Jesus. For this year's lectionary year A, Matthew's gospel emphasizes Jesus as the new King David. The carol anthem "Lo, How a Rose" sings about Jesus' descent "Of Jesse's lineage" in Isaiah 11:1.

If you've sung in choirs or listened to much choral music, you may know the Peaceable Kingdom American composer Randall Thompson wrote for double mixed choir with texts from all three parts of the book of Isaiah.

Do you know "God is Working his Purpose Out," Geoffrey Ainger's hymn that's often set to Martin Shaw's tune Purpose? It hasn't been widely included in hymnals, yet it's strongly missional and could be an excellent Advent choice; each stanza ends with God's promise via Isaiah, the earth shall be filled with the glory of God as the waters cover the sea. A place and a time of shalom integrity, where justice, grace and love have the final word.

As a messianic text, Isaiah 11:4b "…he shall strike the earth with the rod of his mouth, and with the breath of his lips he shall kill the wicked" can be interpreted as the Word of God that creates, redeems, and sanctifies, the word that is incarnate, embodied as living word in Jesus of Nazareth. The title of one of Hebrew bible scholar Walter Brueggemann's books is The Word that Redescribes the World —draws it over, gives it a makeover, re-creates creation, reconciles and redeems it. The promised new David will reorder creation by speaking—speech that's also action.

Everyone loves the amazement of a green sprig or sprout growing out of what looks like a truly dead tree stump. There's life there? Most city dwellers have noticed verdant life pushing through streets and sidewalks, into an existing crack, even making a way for itself by itself and rupturing baked earth or cured concrete. Pushing back the tombstone?!

The reality of new life coming out of the death, the end of the old. God redeems and recreates our failures, our disappointments, losses, illnesses. Particularly here in southern California, new green growth from the ashes of a wildfire amazes me every time. In spite of what we've seen and otherwise experienced, we humans have a habit of deciding new life could not come from here, from over there, this situation literally is hopeless, death must be final. The new creation is not pristine, but builds on the ruins of the old.

The end of today's reading promises "On that day the root of Jesse shall stand as a signal to the peoples…" A literal vision of security and peace, of God's presence in spite of. A sign, standard, signal, icon, ensign: the cross of Jesus Christ.
@ Saturday, December 03, 2022